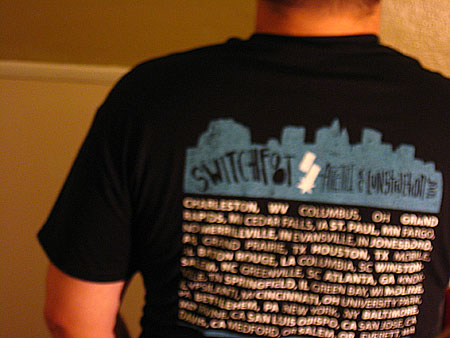 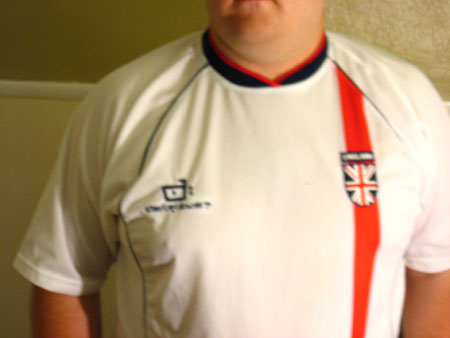 Y'all Treat Art Like It Was Some Sort of Religion

Alright, so the title is possibly the antithesis of this post. The beginning of May found the return of the Derek Webb podcast. If you listened to the old podcast episodes, though, you knew it was nothing to get excited about. A couple of them were just audio versions of interviews off the How To Kill and Be Killed DVD. But it seems that Derek finally sees what podcasting is all about.

You Never Know What Ya Got 'Til It's Gone

Some may wonder why my blogroll (that column to the right with all my favorite links) includes links to RadioU and TVU. That's a good question. And since it's Unleash The Music time, it's time to know why I would support a radio station.

Talkin' To Myself 'Bout The Greatness Coming

Avid fans of The Elms, such as myself, know that their new CD is coming out a week from tomorrow. But I'm not waiting to run to the store, I just went and got it online.

And We Were So Sure We Would Change The World

Robin Parrish of Infuze Magazine is so darn good that finding great articles and news that sometimes borders on being geeky. But I got no problem with that.

You Think You're All That But You're Lookin' Like Scott Stapp

The latest thing to hit my desk is the party rock of Family Force 5. They're crazy. There's definitely a lot of '80s influences, but it's mostly rockin' guitars with rap vocals, but much less electronic than Earthsuit. So what's my first impression? It's great for music to pump you up. Does it have any value besides fun music? Not really, but it's not bad.

I Never Noticed My Heart Before

Probably the biggest music news of the week is that Mute Math has filed suit against Warner Bros./Word Records for their handling of their debut EP. You can read the Reuters story and the comments at Shlog.com for more information.

What I have to say is that I wholeheartedly support the band. Why? Because I think they have a point.

Another release I was listening to yesterday was the debut album from House of Heroes. It's been out for about six months, and it's pretty darn good.

I remember the old House of Heroes when they were played on RadioU during the indie days. Actually, I think really early they were called "No Tagbacks", which obviously is a kiddie pop-punk band. But with their major-label debut release, they've transformed into an amazing art-rock band. If you want to check it out, find their video for "Serial Sleepers". Great stuff.

Though The Mountains May Fall

So today I took a first listen to Chris Tomlin's Live From Austin Music Hall. And, well, it's a pretty good live disc. The extra touches were, of course, the guest spots. Seth Walker, a Texas blues artist, helps Tomlin out with a more soulful "On Our Side". David Crowder adds his signature voice to "This Is Our God". And, surprisingly, the crowd is miced fairly well for a live disc.