Last weekend, before attending the Mute Math concert, I took a walk down the newest couple of blocks in MetroTransit's first light rail line, the Hiawatha Line.  I snapped a couple photos and had some interesting observations that I wanted to mention.

First, here's the new sign that looks like it's on the back of the Target Field scoreboard: 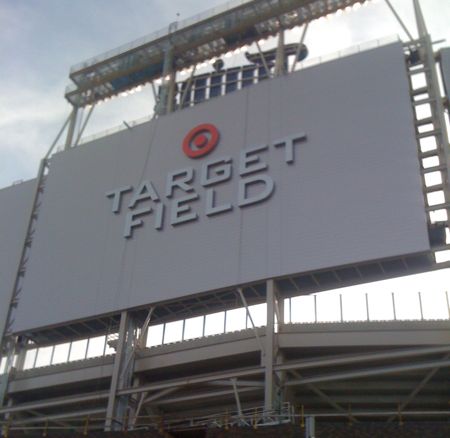 To step back, here's the view from across the street on the corner.  Here you can see more of the stadium building as well as the light rail going by below. 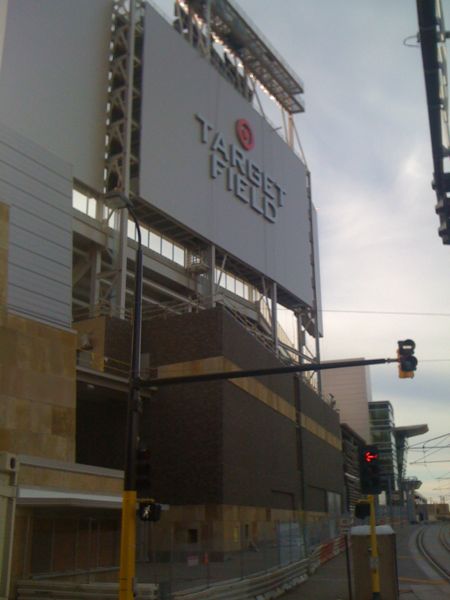 The stadium building is still under construction so most of it was blocked off, but there were a couple interesting parts visible on this, the northeast side of the building.  First, in the middle of the northeast wall there's some windows with a really odd wooden paneling over them.  It seems like an eyesore to me, although my guess is that the street-level windows are just boarded up until the construction is finished. 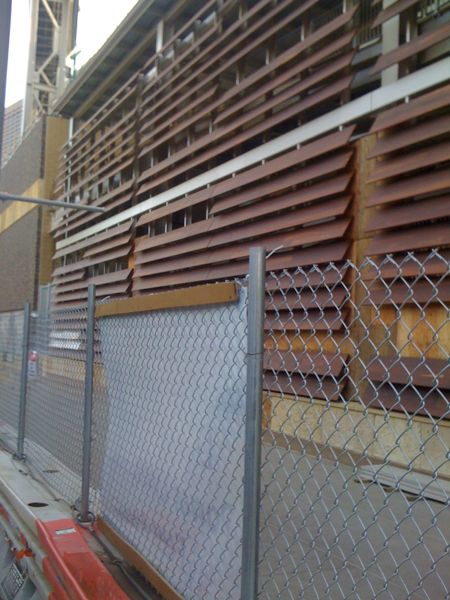 On the north end of the northeast wall there's an entrance to the stadium that gives a little glimpse of the inside:

Along the northeast side of Target Field is the new Target Field light rail station, which is pictured here and is shown looking in a southeasterly direction, about 120 degrees to the left of the above photo. 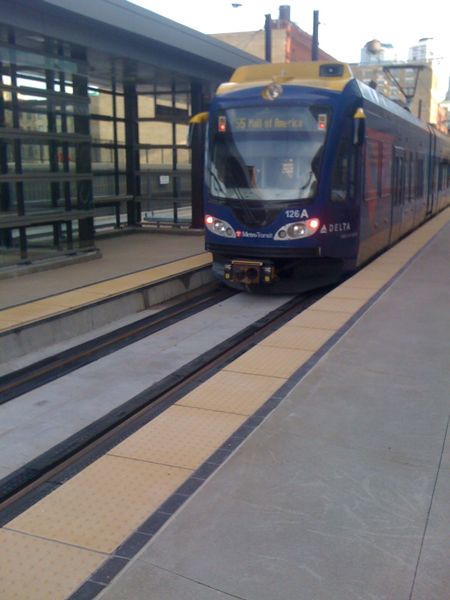 One thing to note about this setup of the southbound track is that, although the main platform is between the trains on the left side, the trains are also accessible from the right side.  My expectation is that this feature will only be used after games to allow quick flow into the trains, although they would need to erect some temporary barriers and more ticketing machines to verify valid payment when loading on the stadium side of the station.  Here's a more overall view of the station: 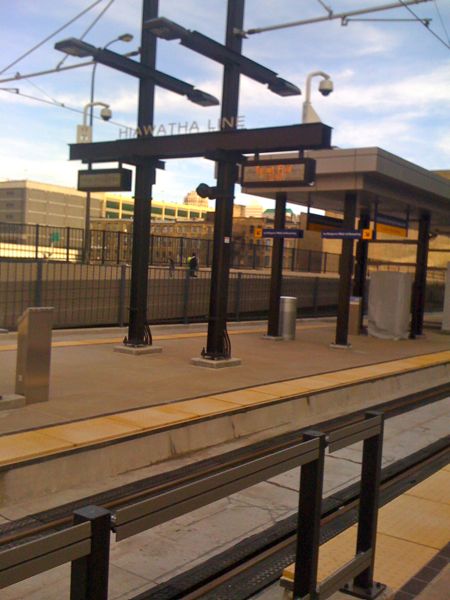 I do find it odd that the sign on the station says "Hiawatha Line", mostly because in four years this station (and all downtown Minneapolis stations) will serve both Hiawatha Line trains as well as Central Corridor trains to St. Paul.  Will they take down that sign in four years or add another one? Or will they keep it up and it will confuse game attendees? 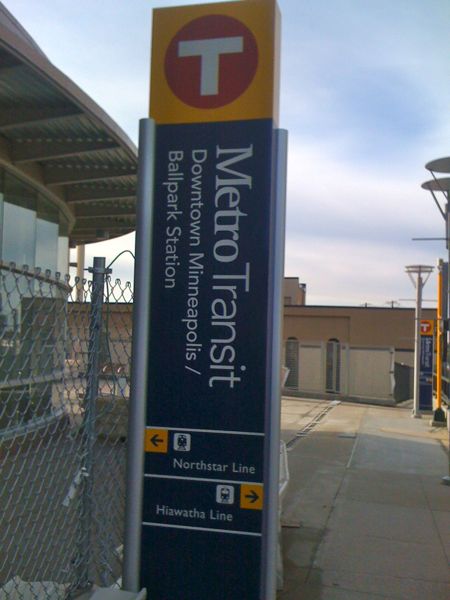 This, the north end of the light rail station, brings us to the other station, the lower station. Here's the entrance: 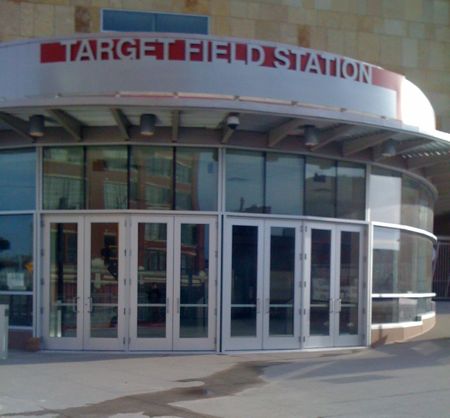 I don't really know what's inside, but I am assuming that down the escalator inside is access to the Northstar Rail Target Field station, which opens in less than a month and allows commuters and game goers to take a full-size passenger change all the way from Big Lake, Elk River, and other northwest suburbs.  I was able to cross the platform and the neighboring street and see the northeast end of the Northstar platform, pictured here: 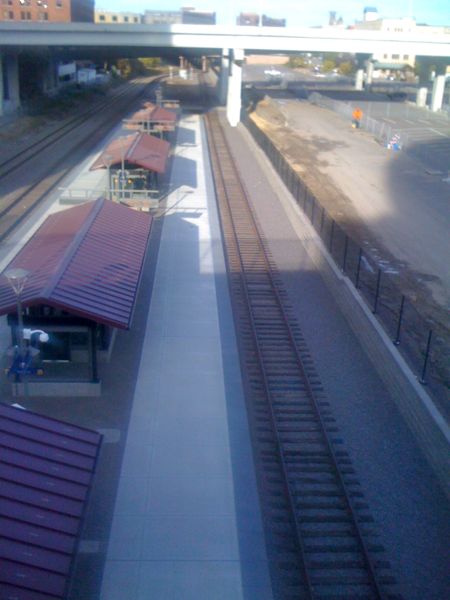 As you can see in the detail photo below, the benches on the platform are enclosed in heated rooms and there look to be nice big status displays and information boxes already installed: 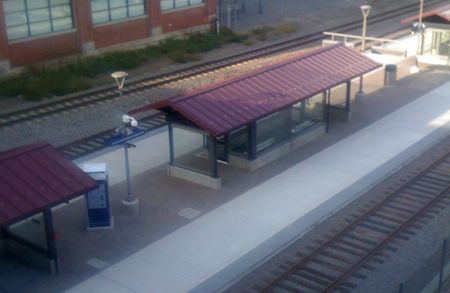 The Northstar Commuter Rail opens on November 16th, and the Target Field light rail station will open then if not before.  Actually, while I was there, trains were driving through Target Field station and stopping like they would for riders, but the station platform had signs that said it was closed for construction even though it looked 100% ready to go.  For more information about the new operations at Target Field, visit MetroTransit's official site at MetroTransit.org.