Director Matthew Vaughn started out producing Guy Ritchie's hits Lock, Stock, and Two Smoking Barrels and Snatch, then decided to try his own hand at directing with Layer Cake, a somewhat intriguing crime film starring the up-and-coming Daniel Craig. His most recent production, Stardust, is a case study in many of the vices of today's modern film. 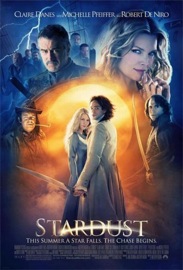 From the preview, the film looks promising. There's evil witches and a boy who loves a girl. The boy says he's going to fetch a fallen star for the girl. Robert DeNiro seems to play a pirate of a zepplin pirate ship. There's kings and princes and other magical stuff. But this isn't The Princess Bride.

Much like movies such as Shrek, Stardust quickly maintains that the magic is poisoned by making sure that every character from the land of Stormhold is dysfunctional like every other modern movie. The hero of the movie is borne of a one-night stand with a princess enslaved to a witch. We find that the king of the land of Stormhold is determined by all of the seven brothers killing each other and the last living heir is the ruler (so much that the princes are named only in the order of which they were born). Robert DeNiro is not a swashbuckling pirate, but a cross-dresser who is trying to hide is true effeminate side from his crew. Also, most if not all of the characters flaunt their sexuality to the point where the film almost surpassed the PG-13 rating.

I don't know about my readers, but when I'm looking for a good fantasy or fairytale film, I'm going to stick with Tolkien or Disney, who know how to put together a convincing story without insulting the viewer's sensibilities. Speaking of which, Enchanted is a modern fairy tale that doesn't totally ruin the boundaries of the genre but still plays with it in intriguing ways. Of course, don't watch these with your kids unless you're ready to answer some of the hard questions of life.

Over Christmas, I was looking for a good game or toy for a young relative of mine. I had to take a picture of this hilarious-looking game box: 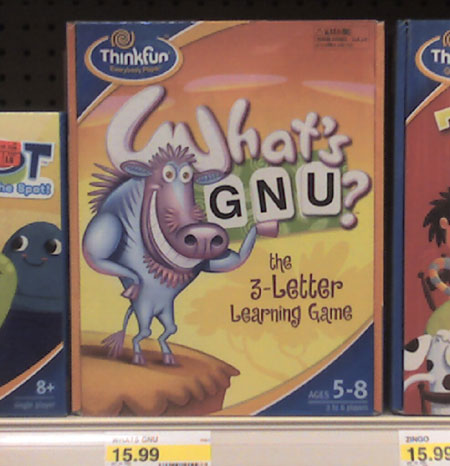 NOTE: Those friends of mine who know little of computers or know nothing about Linux may not find the humor in this.