Round Two: Treo vs. iPhone

Well, here we are at the second time around. On Saturday, because I could barely stand not having a phone, I went to the Sprint store and bought myself a Palm Treo 755p. I figured, well, it's $400 cheaper up front, and I can keep my plan a bit lower than what I would get from AT&T. Plus, it's still Palm OS, so I can use all my favorite Palm apps. And, yes, Palm OS 5 is a bit more slick. It's got Bejeweled and a nice Google Maps app. But that's where the fun ends. 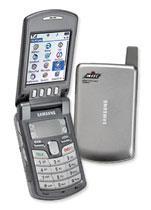 My last Palm phone (the Samsung i500) was small and functional. It was a flip-phone, so the screen was well-protected. It worked as a phone because it was just a bit bigger than most cell phones but had all the Palm functionality. It may have been running Palm OS 3, I think, but it still did everything I wanted it to. I could check e-mail, I could write notes, I could read the Bible.

Yeah, I can put all my old apps on this new phone, including Pocket Quicken. But the form factor sucks. It looks and feels like I'm carrying around a PDA, not a phone. There's 49 buttons on the phone, compared to the Samsung's 28.

With no protection for the large screen, I feel like I need to get a case, but I can't find a case that I like at all. And, most of all, there's no way to use Graffiti. On my old Palm, I entered all the text by writing on the writing pad area instead of pressing a bunch of keys. It was a much better use of space than putting 35 tiny keys that, if any smaller, would be impossible to press. I'm pretty sure I could type faster with writing letters out than hunting and pecking on a mini-keyboard. So far, it's been totally frustrating.

Unless the condition improves over the next couple weeks, I may forgo the Palm and go with the first-generation iPhone. It's not going to be too much better, but at least I won't be frustrated with the basics of the phone.

I just won't have Pocket Quicken, MyBible, or Bejeweled to keep me on top of things and entertained. What I will have, though, is the ability to only carry my iPhone around, and not a phone and an iPod. One a weekday basis, I really only listen to podcasts, so I would save my iPod for trips or doing the dishes. Also, if I wanted to, I could be watching that podcasts I currently listen to the audio version of while on the way home from work. It won't be perfect, but right now, it seems like it'll be better than the Treo, that's for sure.

That's too bad. They just don't make them like they used to. Flip phones are great, and iPhones arn't very small.

The iPhone's smaller and sleeker than the Treo, though. And though the keyboard is onscreen, it's bigger and more usable, in my opinion.